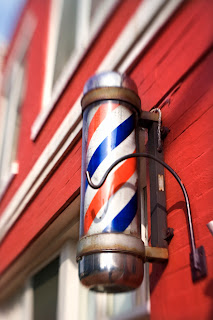 Here is a short piece of the book in which he show us the dangers of the  "Diderot effect":

"One of the finest pieces ever written on the saving/spending challenge was an essay penned way back in 1772 by the witty and wise French philosopher Denis Diderot. It was entitled Regrets on Parting With My Old Dressing Gown: Or, A Warning to Those Who Have More Taste Than Money.
In it, Diderot eloquently chronicles how his beautiful, new, scarlet dressing gown came to wreak havoc on both his mood and his finances. Soon after receiving the gown, it became apparent that his surroundings, though formerly very pleasing to him, were not in keeping with the gown’s elegance. He felt compelled to replace his tapestry, his art works, his bookshelves and chairs and finally even the beloved table that had served as his desk. Eventually, a poorer Diderot sat uncomfortably in his stylish and now formal study. “I was absolute master of my old dressing gown, but I have become a slave to my new one,” he lamented.
All of us have some Diderot in us. Therefore, the reference “group” you often need to be most wary of is not your affluent friends, or even your wealthier work colleagues; it’s you, yourself.
Few things influence your spending decisions of today more than your spending decisions of yesterday.
Spending begets spending."

Click on this link to see more of this excerpt from his new book After 21 years...The Wealthy Barber Returns.
Posted by Celesta Financial at 10:10 PM

Do not miss the opportunity: